OPEN TO OFFICIALS OF GOVERNMENT AUTHORITIES IN ANY COUNTRY AROUND THE WORLD, IEMN IS A DYNAMIC, GROWING COMMUNITY BUILT FOR COLLABORATION

In structure, IEMN is a voluntary and non-binding community of environmental regulators, providing participants/participating countries opportunities to collaborate and learn throughout the year, both virtually and with in-person events.  In addition to peer-to-peer interactions, IEMN also creates opportunities for other stakeholders to join the conversation and provide additional perspectives and resources.

The mission of the International E-Waste Management Network is to share best practices and experiences based on a circular economy approach that reduces the negative impact of electronic waste on public health and the environment while promoting positive socio-economic outcomes.

IEMN is part of the broader International Environmental Partnership (IEP) between U.S. EPA and EPAT, which aims to provide a platform to promote partnership between countries on key environmental issues such as children’s health, environmental education, mercury monitoring, environmental enforcement and compliance, remediation of contaminated sites, recycling of electronic devices, and climate change adaptation and mitigation.

In 2021, EPAT and U.S. EPA enlisted the help of Sustainable Electronics Recycling International (SERI), a leading United States based non-profit organization dedicated to the responsible reuse, repair, and recycling of electronics. SERI facilitates IEMN activities as the IEMN Secretariat and advances the IEMN community with opportunities for countries around the world to collaborate on capacity building and environmentally sound  management of electronics.

was founded in 1970 to protect human health and the environment. The U.S. EPA uses environmental education as a key strategy to accomplish this mission. In 1990, the United States passed groundbreaking legislation, The National Environmental Education Act of 1990, which requires EPA to provide national leadership to increase environmental literacy.

engages in a broad suite of activities related to the use, management and end of life disposition of electronics items including R2 Standard development and certification. SERI works with a coalition of partners to raise awareness of electronics repair and recycling issues around the world with the broader mission to create a world where electronic products are reused and recycled in a way that promotes resource preservation, the well-being of the natural environment, and the health and safety of workers and communities.  SERI is a registered 501(c)(3) non-profit organization in the United States, and with this designation, has no members.

The IEMN Steering Committee represents a diverse group of individuals passionate about making a positive impact on electronics sustainability in their own communities, and around the world.

x
Chris Newman is an Environmental Scientist with the United States Environmental Protection Agency, Great Lakes Region in Chicago, Illinois. With an interest in improving the environmental performance of electronics, he has worked on the sustainable design and end-of-life management of electronics for over 15 years. Chris has connected staff at midwestern state environmental agencies with each other to identify and address common needs on electronic waste issues. He has also worked with industry and NGO stakeholders to develop environmentally preferable purchasing standards for electronics products, resources for end-of-life management, and programs that help the US government improve its purchasing and management of electronic assets. Chris has also presented on electronic waste topics at conferences in Asia and Central America (in Spanish) as well as contributed to the development of several international waste management publications. In addition to WEEE issues, he has worked on solid waste and recycling projects related to product packaging, organic waste, product stewardship, and scrap tires. He has a Bachelor of Science from the University of Illinois and a Master of Science from the University of Wisconsin. 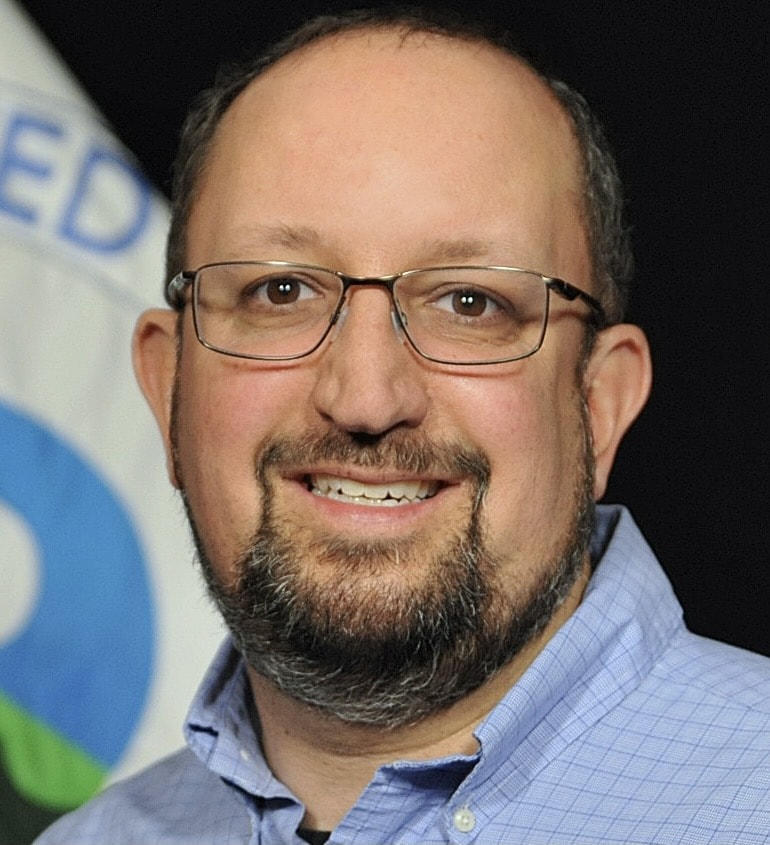 x
Chih-Yi Lee is currently a Section Chief in the Recycling Fund Management Board (RFMB) of Taiwan EPA, and has been with Taiwan EPA for more than 20 years. Her area of expertise include e-waste recycling policy management and recycling fund operation, formulation and analysis. 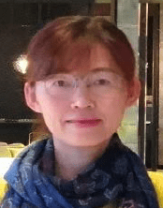 x
With chemical engineering academic background, followed by postgraduate studies in engineering administration, Mr. Othman currently serves as Policy Adviser (for chemicals and hazardous waste) at the Egyptian ministry of environment, bringing a wide scope of experiences in different fields of environmental management & environmental management planning with special emphases on the cluster of chemicals and waste. He brings over 30 years of experiences work with government, public enterprises, private sector, universities, and research institutions in Egypt, and at the sub regional, regional, and international levels, 20 years of participation as the national representative of Egypt at the UN Instruments/Conventions/Forums related to the governance and sound management of chemicals and wastes, and 15 years serving as the vice-president of the UNEP/BCRC Basel Convention Regional Center in Egypt, contributing in managing the regional chemicals and wastes activities at the Arab and African regional levels. Mr. Othman has also served in various roles within the UN Basel Convention committee, as well as for 10 years as member of the UNEP- Mercury Partnership advisory board to provide technical guidance on global management of Mercury wastes. He is honored to have been selected by UNEP executive director to serve 2 years as a board member for the UNEP International Environmental Technology Center in Osaka/Japan.

x
With a degree in Chemical Engineering, Carlos has 30 years of professional experience as an environmental consultant in pollution control, cleaner production, and WEEE management. After completing his master’s degree in environmental engineering, Carlos served as technical director of the Responsible Care Program in integrated management systems, environmental auditor for the Andean Development Corporation, CAF, and teacher in different areas of environmental engineering. During the last 12 years, he has been involved with the management of electronic waste, where he has been co-author of several publications and has served as director of the SRI project for the environmentally sound management of WEEE in Colombia, funded by the Swiss Government. Since 2018, he has been the regional coordinator of the project “Strengthening of National Initiatives and Enhancement of Regional Cooperation for the Environmentally Sound Management of POPs in Waste of Electronic or Electrical Equipment (WEEE) in Latin American Countries”, which is financed by the Global Environment Facility (GEF) and executed by UNIDO in 13 countries of the region.

x
Mr. Geri Geronimo R. Sañez is the Chief of the Hazardous Waste Management Section-Environmental Quality Division of the Environmental Management Bureau of the Department of Environment and Natural Resources of the Philippines. He graduated with a degree of B.S. in Chemical Engineering at Adamson University, earned his MS in Environmental Engineering and Certificate on Toxic and Hazardous Waste Management at the University of the Philippines (Diliman) and currently taking MS in Government Management at the Pamantasan ng Lungsod ng Maynila. As Chief, he supervises the implementation of Title III of the Implementing Rules and Regulations of Republic Act 6969 otherwise known as Toxic Substances and Hazardous and Nuclear Wastes Control Act. He also oversees the implementation of foreign-assisted projects such as the Safe PCB and E-waste Management, Development of Capacity for the Substitution and the Environmentally Sound Management (ESM) of Mercury-containing Medical Measuring Devices; Ratification and Early Implementation of the Minamata Convention on Mercury in the Philippines, Integrated Persistent Organic Pollutants Project; Non-Combustion Technologies for Destroying Persistent Organic Pollutants Project, Chemical Accident Prevention & Preparedness Flexible Framework Project, Management of Mercury and Mercury-Containing Waste Project. He has represented the Philippine Government in Intergovernmental Negotiating Committee meetings on mercury, Conference of the Parties of the Basel, Rotterdam and Stockholm (BRS) Conventions, and other international meetings and workshops. He was among those recognized by the Secretariat of the BRS Conventions as a “BRS Practitioner” in the recently conducted BRS COPs in Geneva in May 2015. He has served as a lecturer in UP’s Certificate Program for Toxic and Hazardous Waste Management, and acts as Resource Person in different organizations and institutions including healthcare wastes. A former research assistant who rose from the ranks and became a Section Chief, Mr. Sañez also served as Park Manager of the Philippine National Oil Company Petrochemical Industrial Park in Bataan. His expertise includes hazardous waste management, environmental impact assessment, chemical emergency response and preparedness, pollution prevention, isotope hydrology, and risk assessment. 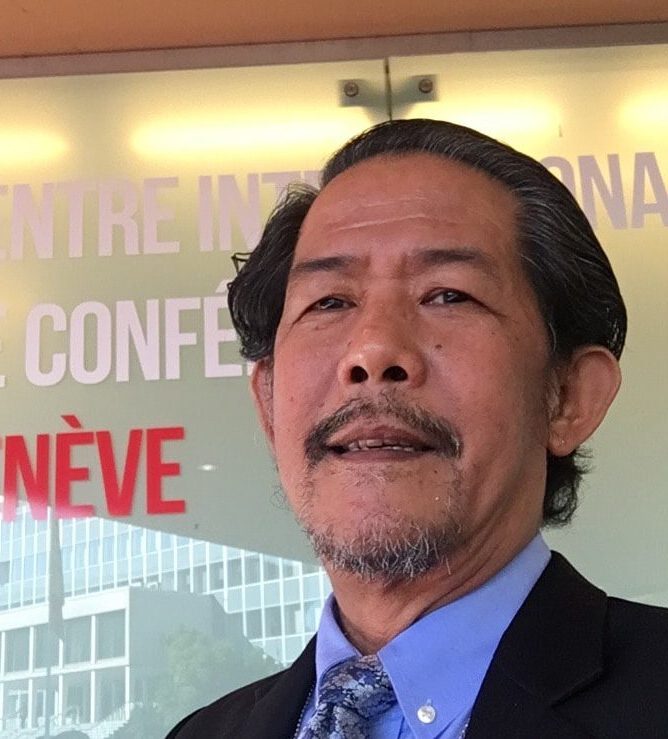 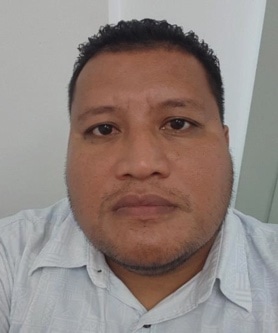 x
Garth Hickle has spent his career in environmental policy with an emphasis on the circular economy and product stewardship, and has earned several degrees in environmental law, public administration, and industrial ecology and sustainability. He led the Minnesota Pollution Control Agency product stewardship program for 15 years and served as the MPCA technical lead on product stewardship at the legislature. He was lead author of the Minnesota solid waste policy report and contributed to the pollution prevention evaluation report. He represented MPCA in international and national initiatives and symposia on product stewardship, recycling policy, and sustainable materials management. Dr. Hickle is also a senior lecturer in bioproducts and biosystems engineering at the University of Minnesota. 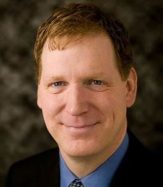